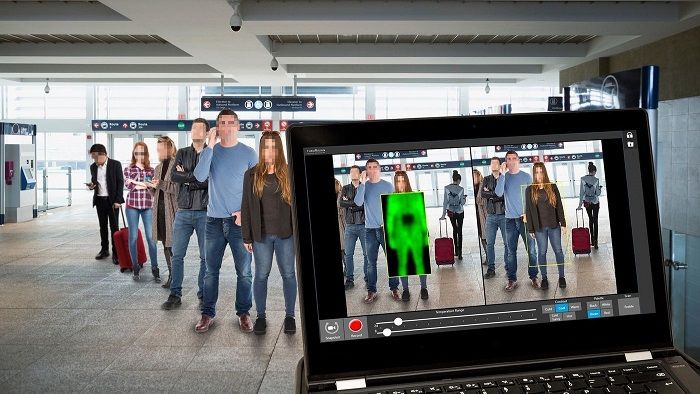 An image provided by Britainish firm Thruvision demonstrates how its "passive terahertz" screening technology works. The Transportation Security Administration has agreed to test the technology for use at U.S. airports. (Hero Images Inc. / Alamy Stock Photo)

The Transportation Security Administration has given the go-ahead to test technology that is designed to screen multiple airport passengers at the same time from a distance of up to 25 feet away.

The technology, described as “passive terahertz” screening, is one of several advances that the TSA and airlines hope will help U.S. airports handle the growing demand for air travel that is already creating bottlenecks and frustration at airports across the country.

The TSA has purchased several terahertz screening devices from Britain-based Thruvision to test in a TSA facility near Arlington, Va. If the devices pass the initial tests, they may be used on a trial basis at U.S. airports, said Kevin Gramer, vice president of Thruvision Americas.

The screening device, which is about the size of an old-fashioned PC computer tower and weighs about 50 pounds, reads the outline of people to reveal firearms and explosives hidden under their clothes.

Unlike the TSA’s existing full-body scanners that bounce millimeter waves off of passengers to spot objects hidden under their clothes, Gramer said, the passive terahertz technology reads the energy emitted by a person, similar to thermal imaging used in night-vision goggles.

“It’s 100% passive. There is no radiation coming out of our device,” he said. “You don’t have to stand directly in front of the device.”

As a result, Thruvision boasts that its technology can screen up to 2,000 people an hour and detect a concealed device at a distance of up to 25 feet. Initially, the system can be used in addition to the existing full-body scanners already deployed at airports, but Gramer said the device can eventually replace parts of the TSA’s security screening system.

Gramer said the system was used last year to screen people attending a tribute concert organized by singer Ariana Grande after her Manchester concert of May 22, 2017, ended in a suicide bombing that killed 23 people and wounded 139 others.

This summer, the Metropolitan Transportation Authority announced that it planned to use Thruvision’s scanners to help prevent terrorist attacks in the system’s 93 subway and light-rail stations. 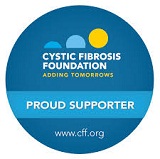